I just returned from a week in Las Vegas with the Opus Agency at the Sands Convention Center helping oversee the Realize Transformation Pavilion at Dell EMC / World.  I’ve been involved with this project for several months as part of the team that designed and implemented an ambitious design involving five large truss arches with video screens.  I was also the lead on the booth’s lighting design and served as an onsite producer under Tristan Roberson, Executive Producer and Tom Sturge, Executive Producer – Oversight. Below is an example of a rendering we did and a photo of the actual implementation.  It was an extremely successful event.  Additional photos and renderings can be seen on the portfolio page. 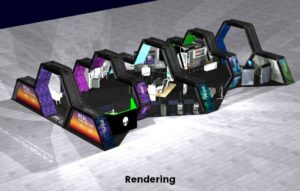 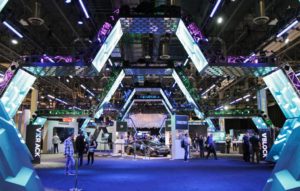